CIT-keynote @ ‘Climate Summit on the Backbone of Europe’ 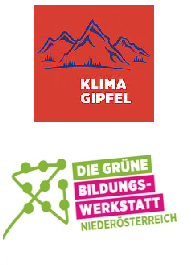 20190620-21: Hirschwang/Reichenau In sight of the mountains Rax and Schneeberg (water conduits having their sources at the springs located there – which were still built in the monarchy – are known to supply the city of Vienna with high-quality pristine waters. One of the most notable accounts of Vienna’s status as being amongst the world’s cities worth living in year after year) the Green European Foundation – supported by the ‘Grüne Bildungswerkstatt’ – dedicated their 2019 Assembly to the topic ‘Die Berge brauchen ein neues Klima. Wir auch.’ The Agenda of this interesting and very lively conference to which CIT gladly contributed a keynote presentation.

CIT-Workshop @Managing uncertainty in the global supply chain: why does it matter and how can we succeed?

On the 9th and 10th of May, the General Assembly of the European Freight and Logistic Leaders Forum took place in Hamburg. This conference united an exceptional broad scope ranging from worldwide leading companies in freight, logistics and transport, over the World Economic Forum and the United Nation’s World Meteorological Organization (WMO) to the academic sphere represented through e.g. Universities, Research Centres and Weather Services. 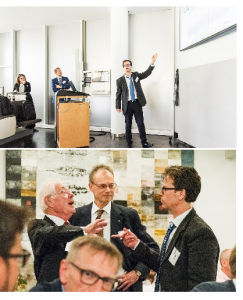 This offered F&L and CIT the opportunity to heighten awareness of rapidly threatening  vulnerabilities in the face of accelerating climate change. This was accomplished by a half-day workshop on “Climate Change and Transport”, a breakout session dealing with “Managing supply chain risk and building resilience” and a keynote presentation by Prof. Hans von Storch. Throughout the conference, the upcoming CIT-F&L survey was promoted via a continuously looped video highlighting challenges ahead induced by future, climate-change forced hazard-development corridors.  Its results will not only provide services tailored to F&L members’ needs as well as sufficient information to decide whether available data on extreme-weather triggered damage/loss-events  allow for the application of CIT-procedures  safeguarding  major infrastructure-investments, but will also support WMO in establishing effective  services in its newly established Service Delivery Guide on Transportation. Conference program and further information may be found here

20190130 – At the end of January, Katharina Enigl passed her defensio and final exams and completed her master’s degree in meteorology with distinction 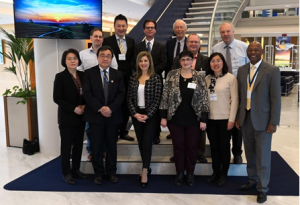 20190317-20, Geneva The goal of this meeting is to exchange expertise on Climate Change, Impacts and Transport as well as working out a chapter on Land Transport, which is going to be part of WMO’s General Service Delivery Guide.

F&L webinar on Climate Change: ‘How can we safeguard supply chains and ensure security of supply for customers?’

20190219 What does climate research tell us about the nature and extent of climate change in simple and clear terms? How vulnerable will our supply chains be to climate change? How can we protect our logistics assets and infrastructure across all modes? Can we develop holistic climate resilience strategies for freight transport? With a practical focus, we welcomed logistics specialist Professor Alan McKinnon, Climatologist and Climate System Modeller Christoph Matulla PD PhD MSc, and Head of Mobility and Logistics Jürgen Hasler at BDI (Federation of German industry) as speakers. Watch F&L’s webinar!

Together with F&L in ‘Climate Impact on Transport, Freight and Logistics’ mission – joint working visits to UNCTAD, WMO and the World Economic Forum 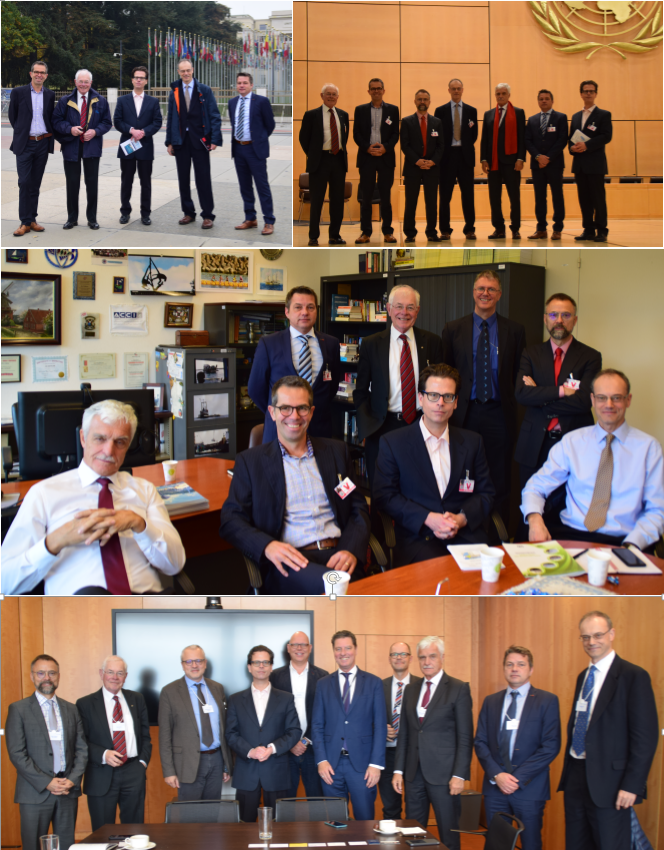 In the course of the intensifying cooperation between The European Freight and Logistics Leaders Forum (F&L) and the Climate Impact Team (CIT @KLFOR/ZAMG) in the realm of ‘Transport, Freight and Logistics in a world under accelerated aggravating Climate Change’, joint working meetings were held at the United Nation’s Conference on Trade and Development (UNCADT), the World Meteorological Organization (WMO, whose predecessor: the International Meteorological Organization ‘IMO’ was founded 1872 in Vienna at ZAMG) and the World Economic Forum. This not only enabled fruitful discussions and exchanges of views, but also the establishment of valuable contacts, which would later lead to cooperation.

20180808 Since this summer was (once again) extraordinary and perhaps because of the summer recess 😉 there was a quite vital reaction of the media to our last study on sea temperature (LST) reconstructions (see e.g. the ZAMG press release). Thereby focus was mainly on the pronou

nced increase in LSTs since the 1980s when clean-air-acts got into effect. This caused a significant reduction of industrial aerosols (which reflect incoming solar radiation back to space)  in the atmosphere. Consequently their steadily weakening cooling effect could no longer mask the warming induced by anthropogenic greenhouse gas emissions.

From June 18th to June 30th, 2018 the climatological-meteorological excursion of the department of meteorology in Vienna to Costa Rica took place for the fourth time after the 2011, 2014 and 2016. 12 students (amongst those also Fabian Frank and Katharina Enigl, who are reporting here) were provided with the unique opportunity to experience tropical weather phenomena live with amazement.

One goal of this endeavor consisted in 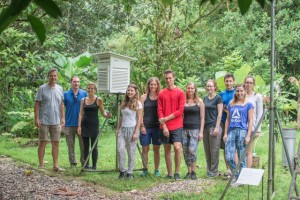 in dismounting meteorological gauges, reading off data recorded over the bygone some years, and re-installing them once again at the ‘Tropenstation La Gamba’ located in the country’s Southwest. ‘We also set up a new, handmade weather hut from scratch there.

Apart from that and due to the proximity of several reforestation projects managed by the Tropenstation La Gamba as well, we supported the so-called ‘COBIGA corridor project’ by planting 160 trees. In order to observe and distinguish best conditions for growth performance from others we distributed new measuring devices across the study area where they now record temperature, humidity and solar radiation.

‘During our stay, we learned a lot about difficulties accompanying the operation of measurement networks in the tropics as well as on the predictability of thunderstorms and tropical showers in the low latitudes.’

A Changing Landscape and the Race to the ‘New Normal’

apart from an excellently organised, multifaceted supporting programe, which encouraged to network in a lively atmosphere, this meeting dealt with outstanding presentations, discussions and contributions on the following topics of general interest: Autonomous logistics – where are we and what does it mean for the supply chain? Autonomous Driving; Autonomous Shipping // Digital future of freight transportation // Enabling industry to exchange data in a secure and collaborative way // Building a new model for the international supply chain – what might this mean for participants?  (please see here for more detail). Some examples that illustrate the importance of cooperation between research and freight, logistic and transport industry leaders can be found here.