(colleagues contributing according to scientific principle) 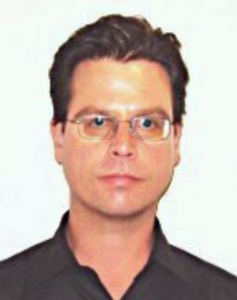 Priv. Doz. Mag. Dr. Christoph Matulla (+pic) studied Theoretical Physics, did his PhD in Climate Research and habilitated in Climatology and System Modelling. Before he was appointed to a position at ZAMG where he leads the Climate Impact Team (CIT at the climate research branch) he worked at the Helmholtz Centres Geeshacht (HZG) close to Hamburg (2002-2004) and for Environment Canada (EC) at the headquarters in Toronto (2005-2007). He is an university teacher (University of Vienna, University of Salzburg, University of Graz and BOKU in Vienna), has coordinated and participated in various national/international projects, published over 30 peer-reviewed papers in international journals and two books. Among his honors there is the Schinze price 2008 which is awarded every fifth year, contains a certificate and a substantial sum of money. Professor Hans von Storch was so kind as to say a few words about the prizewinner in his laudatio. 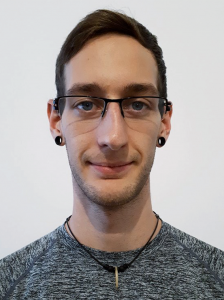 studied Meteorology at the University of Vienna. He finished his Bachelor in 2017 with a focus on orographic fingerprints for precipitation and his Master in 2019 in the field of climate science with a focus on phenology. His thesis is titled ‘Detection and Attribution of anthropogenic climate impacts on phenological phases’, which is currently in preparation for publishing. During the last three years at University, he worked as a tutor in the lectures: weather discussion, ensemble statistics, meteorological observational methods, meteorological measuring methods and climate models. Besides working as scientific project staff at ZAMG in the CIT (Climate Impact Team), he is preparing for a doctoral project in the climate science fields, with a focus in empirical-statistical downscaling and the use of machine learning methods in climate research applications. His research interests are: statistical analysis, climate system modelling, climate impact and machine learning.

Katharina Enigl, MSc studied at the University of Vienna. She obtained her Bachelor degree in Meteorology in 2016. For her Bachelor thesis, she worked at Austro Control and statistically evaluated Ceilometer data of the Airport in Vienna.  She completed her Master thesis ‘Derivation of canonical total-sequences triggering landslides and floodings in complex terrain’ under the supervision of Dr. Mag. Christoph Matulla (CIT/ZAMG) and MR DI Franz Schmid (BMNT). In her thesis, she established Austria’s most comprehensive database on damage processes induced by extremes and derived so-called Climate Indices (CIs) linking these to the evolution of regional scale weather. Her thesis has been published in Advances of Water Resources in the meantime. Besides, she worked as a tutor in synoptic meteorology and in the weather discussion at the University of Vienna for the last two years. Since June 2019 she is with CIT working at ZAMG.

János Tordai studied meteorology (MSc) at the Eötvös Lorand University in Budapest, Hungary. After receiving his degree in synoptic meteorology he worked at UBIMET (Vienna) for 4 years as a severe weather forecaster. He was also member of the Formula One weather forecast team working on-site at several European venues. After collecting highly valuable practical experience at the company Parkbob (Vienna) as a Data Scientist he applied to ZAMG and works there since February 2018. His research interests are: blowing snow forecast, synoptic-climatology and statistical methods. 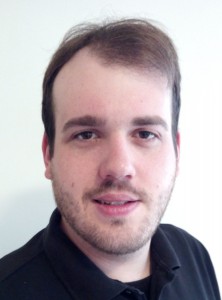 Hans Lukas Ressl, MSc is a student at the University of Vienna. He obtained his Bachelor degree in meteorology in 2016 and finished his Master in 2019. He works currently at ZAMG in the Climate services departement. His bachelor thesis is entitled “Influence of Snow on the Earth’s Gravity in the Case of the Conrad Observatory”, which was e.g. presented at the European Geosciences Union (EGU) and his Master thesis: “Beobachtung phanologischer Phasen aus dem All”. 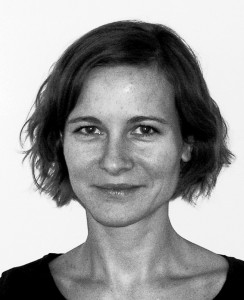 Sabine Hittmeir did her undergraduate studies in applied mathematics and her PhD with a focus on partial differential equations. She was working at the Financial Market Authority and as research assistant at TU Wien, University of Cambridge and RICAM Linz before starting her FWF Hertha-Firnberg grant on moist atmospheric flows at the University of Vienna. Besides her research on multiscale asymptotics she is also working on nonstationary methods for clustering of weather patterns and extreme events. 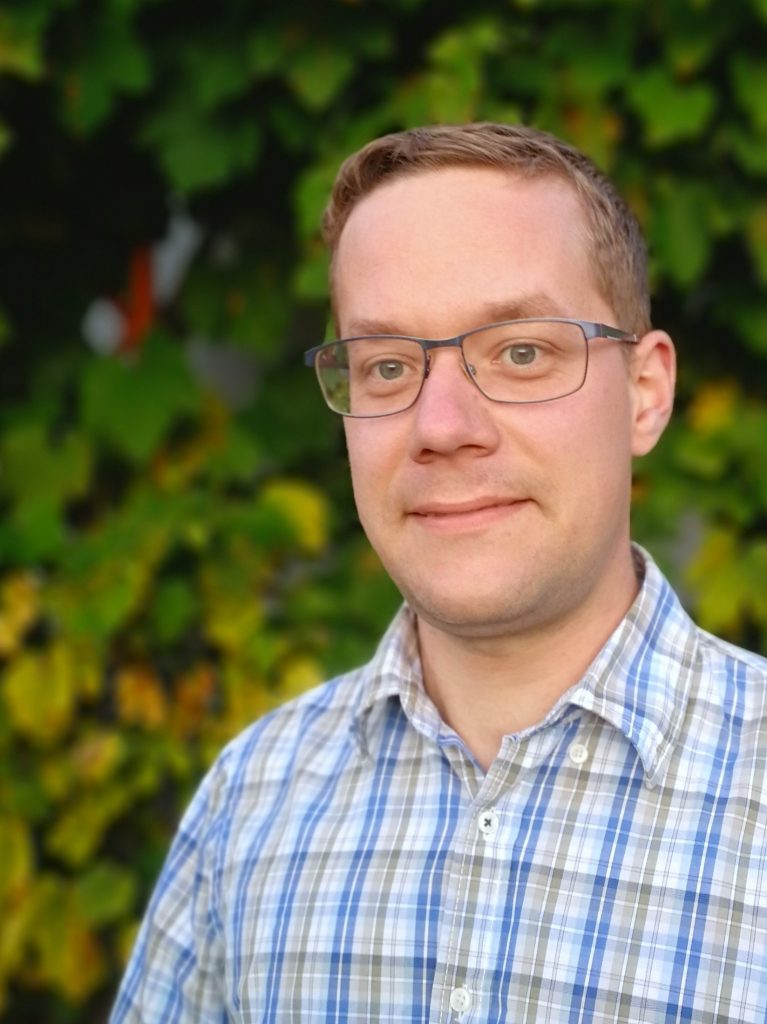 Nikta Madjdi, BSc is a student at the Department of Meteorology and Geophysics at the University of Vienna. She obtained her Bachelor degree in meteorology in 2018 with a thesis about a machine learning method, so-called decision trees, to forecast temperature and precipitation. Currently she is working on her master thesis in the field of climate impacts under the supervision of Mag. Dr. Christoph Matulla. 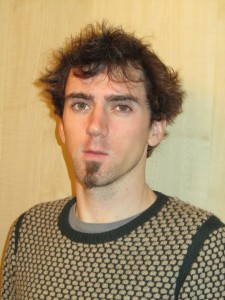 Andreas Mansberger, MSc, has studied Meteorology at the Department of Meteorology and Geophysics at the University of Vienna. He obtained his Bachelor degree in meteorology in 2017 and his Master in 2019. The title of his bachelor thesis was “Klimatologische Trends von Bodenwinden anhand von Datenzeitreihen der Messstationen an österreichischen Flughäfen”. His master thesis in the field of climate modeling at the Climate Impact Group led by Christoph Matulla was “Coupling of large-scale atmospheric processes to regional-scale weather development with focus on extreme events over complex terrain”.

Fabian Georg Frank, MSc has studied Meteorology at the University of Vienna. After completing his Bachelor’s degree about wind verification in 2017, he finished his Master under the direction of Mag. Dr. Christoph Matulla and DI Franz Schmid from the Federal Ministry of Sustainability and Tourism. The title of the master’s thesis is “Use of ensembles of regional-scaled climate projections to assess potential changes in future extreme events up to the end of the 21st century”. 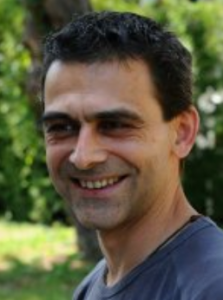 Konrad Andre is a Research Assistant at the ZAMG (since 2005) and works as an expert in climate research and climate variability with particular interest in city climate modeling. He studied meteorology at the University of Vienna and participated in a number of successful national/international projects. His research interests are: regional climate analysis, data quality control, data homogenization, statistical methods, and extreme value statistics. 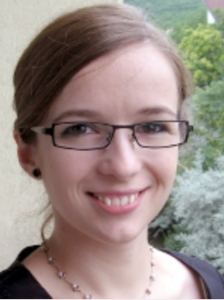 Brigitta Hollósi studied meteorology (MSc) at the Eötvös Lorand University in Budapest, Hungary. She received her degree in climatology in 2013 and works ever since at ZAMG. There she already contributed to the successful completion of  national and an international projects, which she presented at a number of international conferences. Her research interests are regional climate analysis and impact assessment. 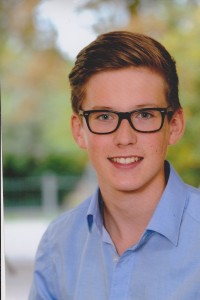 Andreas Schmid is a student at Vienna University of Technology. He is responsible for the web design, the content management and for the web appearance of climod.eu.